How To Generate an Engaged Email List (Primed to Convert)

I keep on coming back to the idea that an inventor has little control over their invention in the long run. Put a brilliant idea into the wrong hands — and bam, something bad happens. Albert Einstein’s renowned equation (E = mc2) unlocked a new era of technology, but eventually also contributed to the creation of the nuclear weapon, of which Einstein was regretful for the rest of his life.

Applying this to digital marketing, I strongly believe that the majority of things that were invented in this niche weren’t designed with any malicious intent, even the notorious pop-ups, that seems to have irritated everyone by now.

All things digital were designed to help people, to inform them, to make their online experience comfortable and pleasant. And look what we have now.

Lately, I’ve stumbled upon an interesting case study published by Hubspot back in 2016. According to it, 73% of internet users hate pop-up windows. Mobile pop-ups annoy approximately 70% of people and the pop-ups on video channels like YouTube irritate 57% of users.

The reason for such a dislike is that pop-ups are simply overused. Not in the last turn thanks to their biggest advocate — Neil Patel. He was the one who first introduced the GIGANTIC pop-ups that block the entire page.

At the same time, I have to agree that pop-ups can be quite handy when they’re actually helping (instead of fishing for contact details!)

Personally, I appreciate pop-ups on e-commerce sites that remind me of my abandoned cart items, or those that alert me about a new post on a blog that I frequently read.

So, how did such a useful thing turn into such a repellent marketing tactic?

The truth is, even the smartest marketers make mistakes in pursuit of achieving their KPIs. We all have a bad habit of copying particular tactics without adjusting them to the company’s real needs. We publish too many promotional posts. We try to convert users who are not ready to buy. We send unwanted emails. As a result, we end up with a bunch of low-quality leads that have no value to the business.

Speaking of which, a recent study showed that only 1 out of 10 marketers is happy with the quality of leads that their leadgen efforts are bringing.

So, in this post, I want to talk about how to generate quality leads by optimising an email campaign’s engagement and conversions. Further on, I will also share my best practices for using pop-ups, lead generation forms, list segmentation, and emotional triggers.

The secret behind it is to build a proper list of subscribers. For that, you have to capture users who have a real interest in your products or services, and here’s what you can do to achieve it.

Step 1: Start With Research That Will Shed Light On Your Best Leads

For starters, you need to figure out which pages and other traffic sources are bringing you the most interested users in terms of engagement and conversions. Also, if you locate the lead source of an email subscriber, you can also discover which channels work best and generate better quality leads.

Hint: You can track all this data in your Google Analytics (GA) account with the help of Google Tag Manager. Thanks to Events, you can gather all the necessary information from there, in particular, from the specific forms that are responsible for converting users into leads as well as where they initially came from. On a screenshot below, you can see how it looks in our GA account:

I would also recommend connecting the data from Google Analytics to your favourite email marketing tool. It is critical because it shows three main things you should be analysing: which forms were generating leads, the traffic channels of those leads, and how users are interacting with your emails. For example, in MailChimp, this column is called Member Rating: 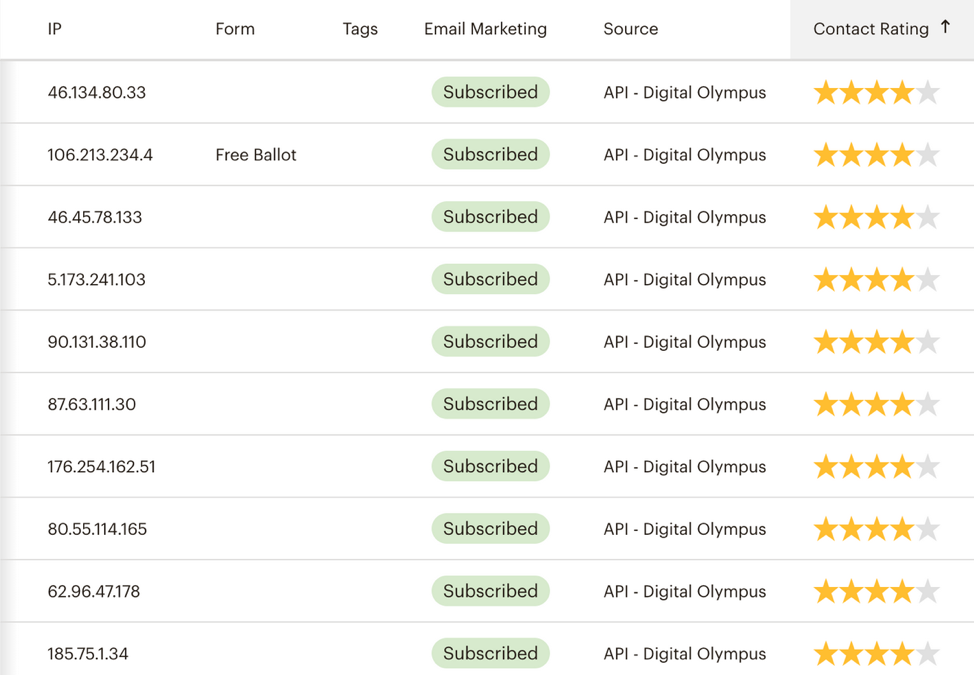 Hint: The general deliverability of emails depends on whether users are actively opening your emails or not. Because of this, I always unsubscribe users that haven’t opened my emails for a while and have a poor rating. This helps me improve the overall deliverability of my email campaigns by far.

After you have enriched your subscriber’s member rating with the data from Google Analytics, including the lead forms and sources, you can see what channels and forms are bringing users with the highest engagement rate. With this knowledge, you can tweak your lead generation strategy accordingly.

Step 2: Start Collecting Only Those Leads That Are Likely To Be Converted

I’m convinced that having a long email list just for the sake of numbers is useless. They look impressive in the database, but only to people with a shallow knowledge of the email marketing process.

Back in 2010, I was always under the impression that bigger is better. We would grab nearly every lead we could lay our hands on. As a result, we had an email open and click rates of 5% and 0.3% respectively, which is very low by my book. And that’s when I realised that having tons of subscribers doesn’t mean having tons of conversions.

First of all, we removed nearly 50% of our lead generation forms, because they were bringing us users who were not interested in the Digital Olympus conference. There was no point in paying for them only to purge them out at the end of the day, as they were not opening our emails.

Moving further, we redesigned our most important lead generation pages while adhering to the landing pages best practices. Plus, we reduced the number of Call To Actions (CTA) — we saw that our users rarely clicked on them, so they were pretty much useless to begin with.

Another hack that really helped us clean out our list was the enabling of the double opt-in setting. Basically, with the help of double opt-in, you’re not going to capture emails of users that haven’t confirmed their subscription. This prevents you from collecting redundant emails and emails of inactive users.

In a nutshell, you need to purge your email list for it to contain only those emails that are likely to convert. That means minimizing the chances of inactive people subscribing to it. This can be done by removing extra lead generation forms and CTAs from your landing pages and introducing the double opt-in subscription confirmation.

An average B2B email marketing piece looks like this: 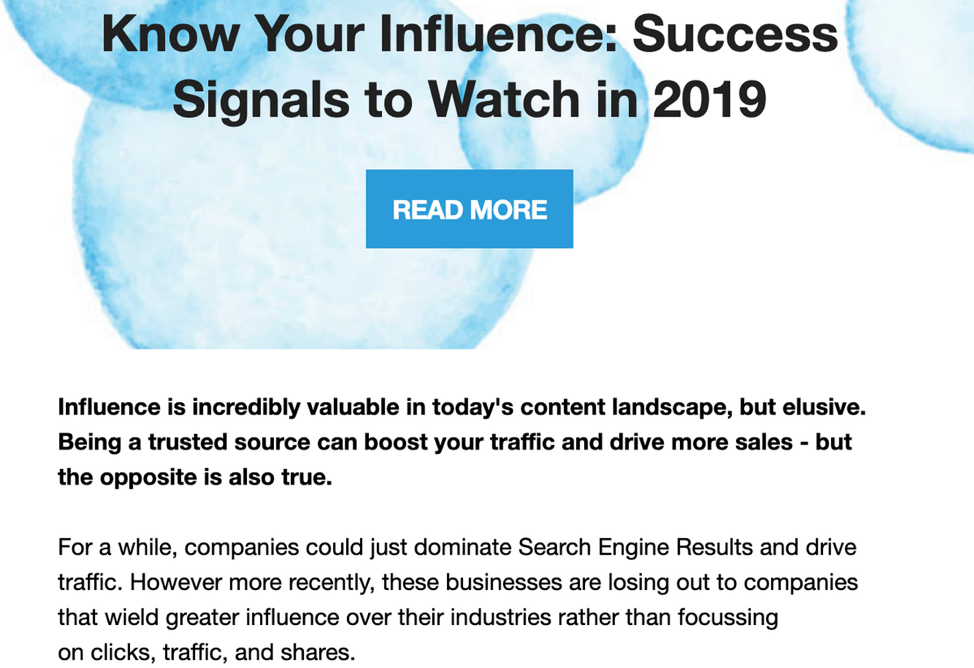 Let’s be honest, it’s not the most exciting copy that you’ve ever read, is it? I’d say that it lacks marketing creativity and is full of waffle, just like the majority of emails from brands. But there is a way to do things differently.

Now, take a look at this example: 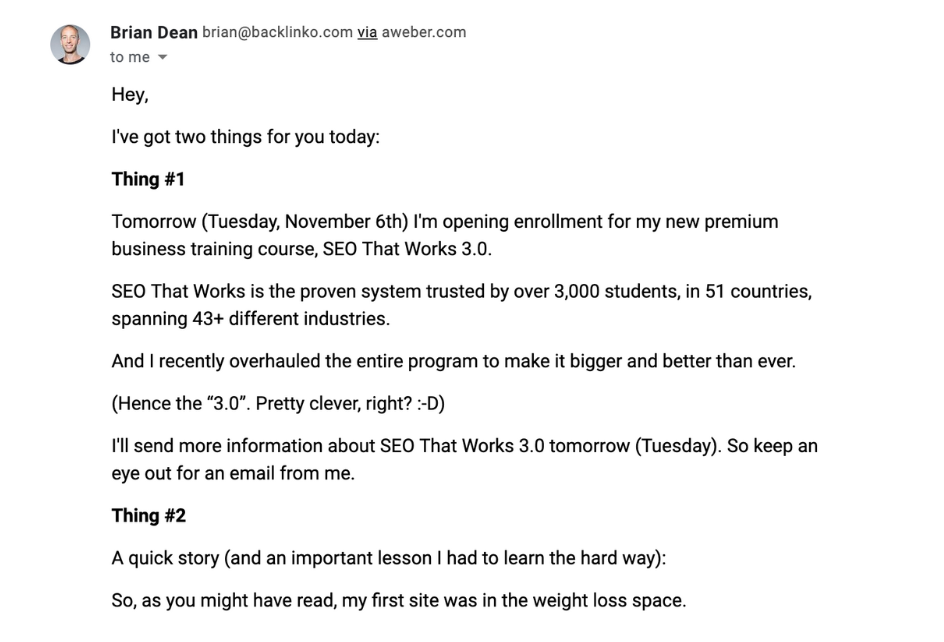 The difference between these two emails is huge. The first one is impersonal, the second clearly has an addresser. The only reaction to the first one is “meh, another marketing email” which the second one makes you curious to know more about that weight loss site (btw, here’s a link to the full PDF).

Here’s a good example of our recent copy: 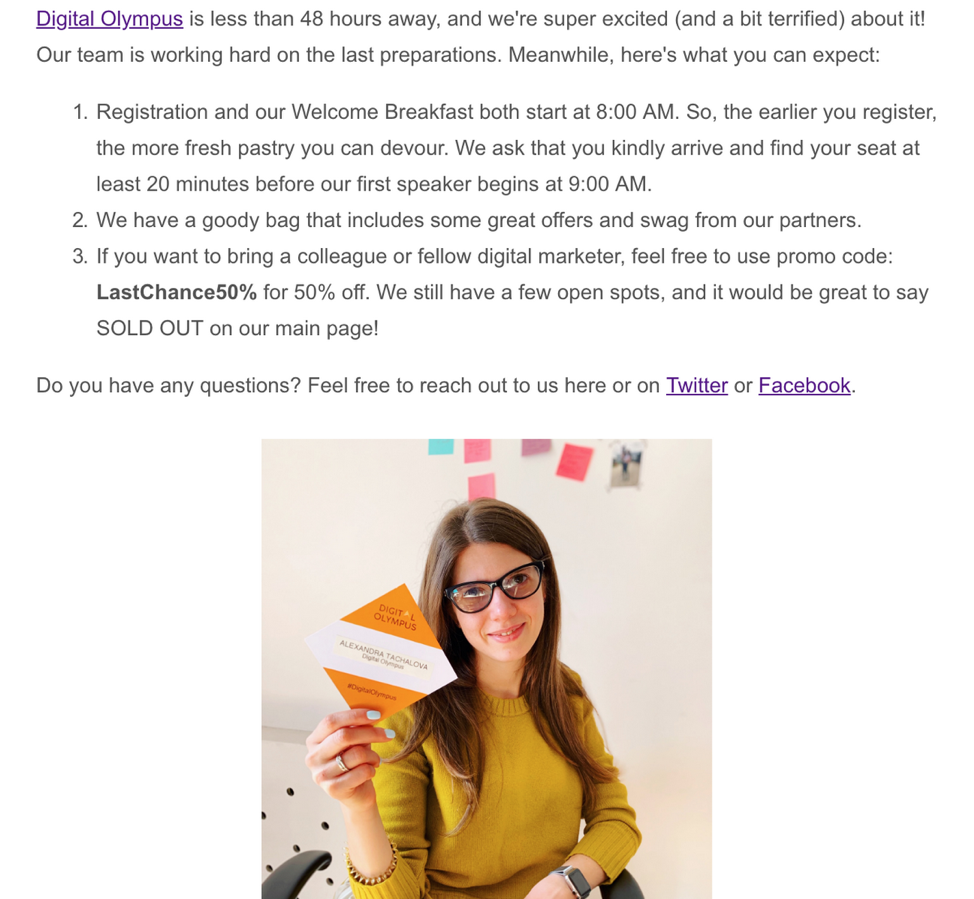 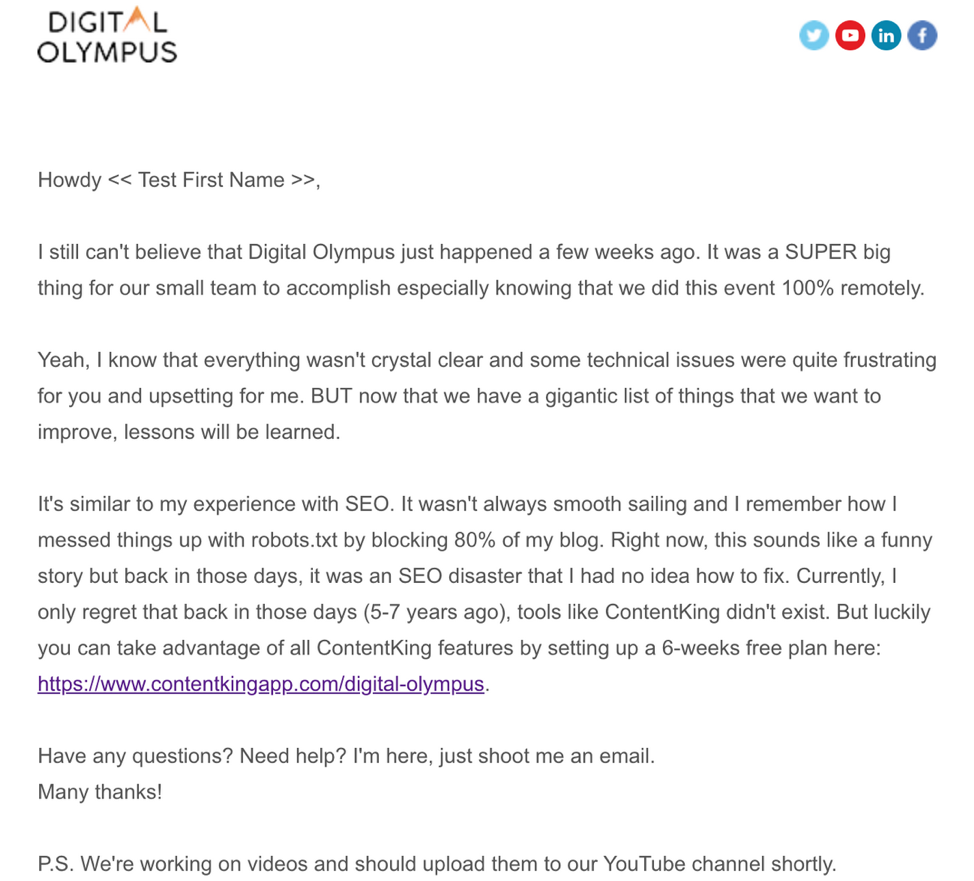 See, this email is not only about the pitch. We tried to make it as informative as possible without overwhelming the reader:

One of the main goals of email marketing is to build a connection with your target audience and enrich your email list. Keep in mind that if you want your email marketing campaign to bring positive results, you must be 100% sure that your subscribers want to receive emails from you. Thus, it is critically important to set up the entire process properly.

Start by identifying your best leads through some number-crunching. Then, adjust your lead generation processes accordingly. Get rid of the unnecessary leadgen forms and CTAs if they are not bringing users with high converting potential.

Lastly, don’t forget to put together an engaging copy. Work on the tone of voice of your emails and add some personal touch with a picture or a GIF. All this will help you turn your subscribers into friends of your brand… 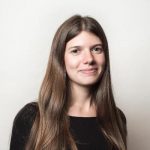