How to Tap Into the Power of Self Identity: Which Version of You, Are You?

People are always changing, and at every cross-roads there comes a tipping-point, which is more often than not, very expensive…

…but when it comes to spending large amounts (in these periods of transformation) we don’t rationalise them in the same way. In fact, we barely consider them at all.

This is a critical juncture. One of 10’s or 100’s of moments in our lives when our mindset changes.

This all might sound very pie-in-the-sky so far (and completely removed from one of my normal articles), so let me call on an example to help all that fluff become solid understanding. 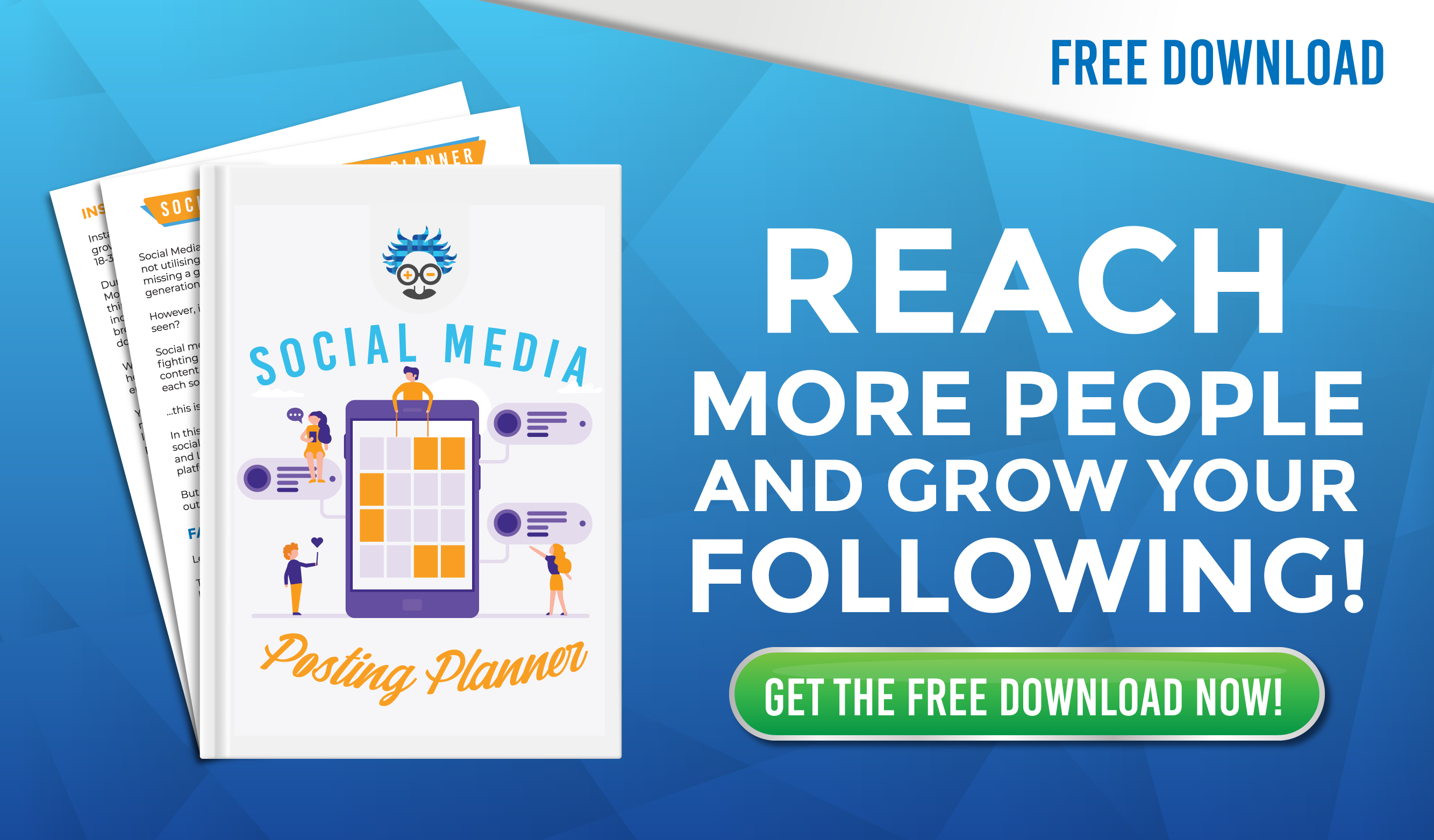 Let’s pretend we’ve got a friend called Dave (I’m sure most of you have anyway), he has a decent job and a good social life. Ever since he was a teenager, Dave has always played the occasional game of golf. But recently, his colleagues have invited him to play on a semi-regular basis.

Dave enjoys playing golf with his colleagues, and asks his friends to join them. Soon enough, Dave is playing every week and when he gets the chance, goes to the driving range in the evening to perfect his game.

Something is happening to Dave. The same thing that happens to every single one of us when we do something on a regular basis… 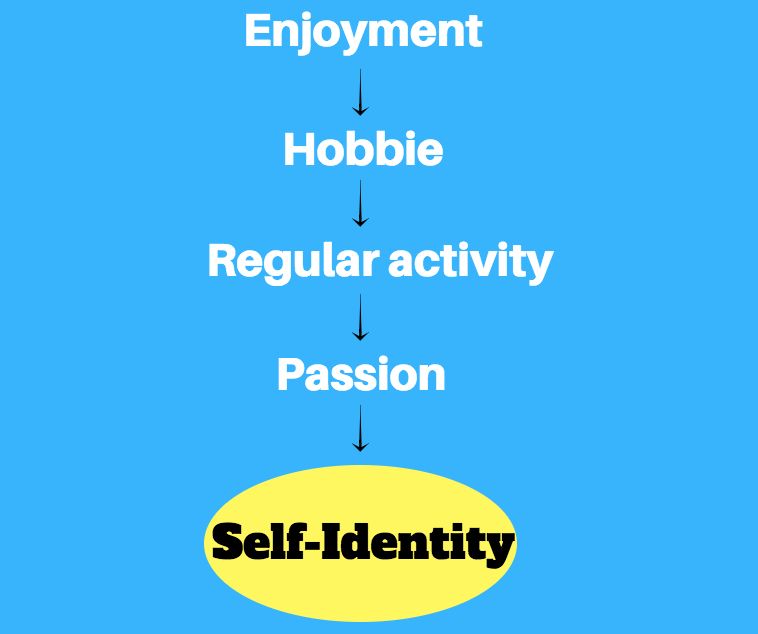 Now, instead of Dave thinking of himself as a guy who occasionally plays golf, Dave sees himself as an amateur golfer.

When this mindset change happens (most times we never notice), we’re driven to buy things that relate to our self identity. So, now that Dave considers himself a golfer, he’ll happily spend a ton of money on new golf clubs, shoes, clothes, etc.

But, he won’t consider the amount he spends in the same way as a different aspect of his life. In fact, he might even put other things off, just so he can purchase items that relate to his new self identity.

Self identity isn’t limited to one per person either, just because Dave now considers himself a golfer, that doesn’t mean he isn’t still an Arsenal fan, gym-goer, marketer, motorbike rider or rock music super-fan. In fact, he’s all of those things, and certain triggers make him relate to certain identities (in that moment).

So, we’ve seen the power of self identity from the customer’s perspective, but what about the business or marketers?

How can we elevate people to self identify in our industry? And how can we create triggers that bring out powerful buying mentalities? 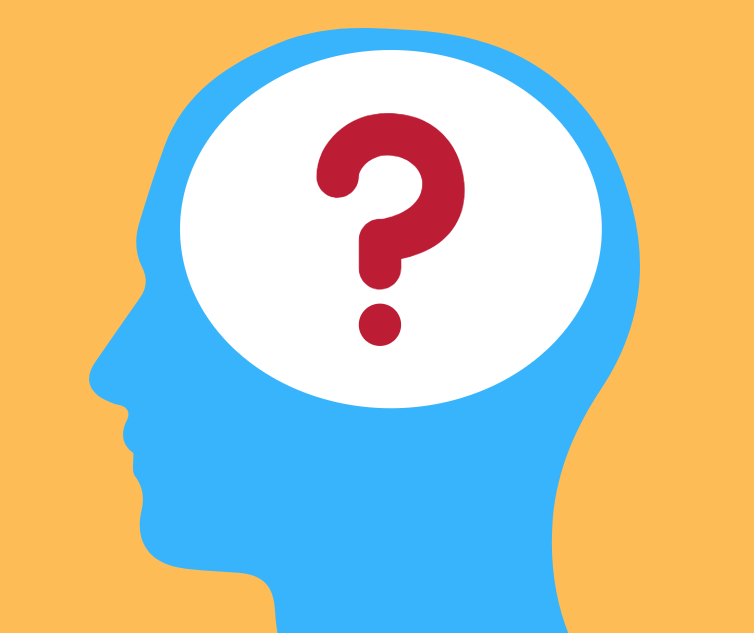 Instead of customer’s paying large sums up front, the feedback concluded that customers would prefer to have washing machines installed in their houses for free, and then pay per wash. Electrolux would measure the number of washes per machine by installing smart technology and billing accordingly.

When I originally heard about this change, it sounded ground-breaking and I couldn’t believe that it didn’t work, but it wasn’t the idea, feedback or execution that was flawed, it was the self identity of Electrolux’s customers.

As a home appliance manufacturer, Electrolux’s core customer base are home owners. And, the vast majority of homeowners are (considered) middle-class. And guess what? Middle-class people don’t want to rent appliances. In fact, it draws them away from their social-identity (and therefore their self identity), almost resembling that of a working class person visiting the launderette.

If there’s one thing we can learn from this lesson, it’s that self identity is not guided by the individual, it’s swayed by the social group. A person who identifies themselves as middle-class wouldn’t rent a washing machine because that’s not what middle class people do. Alternatively, Dave wouldn’t buy a rubbish set of golf clubs because that’s not what golfers do. 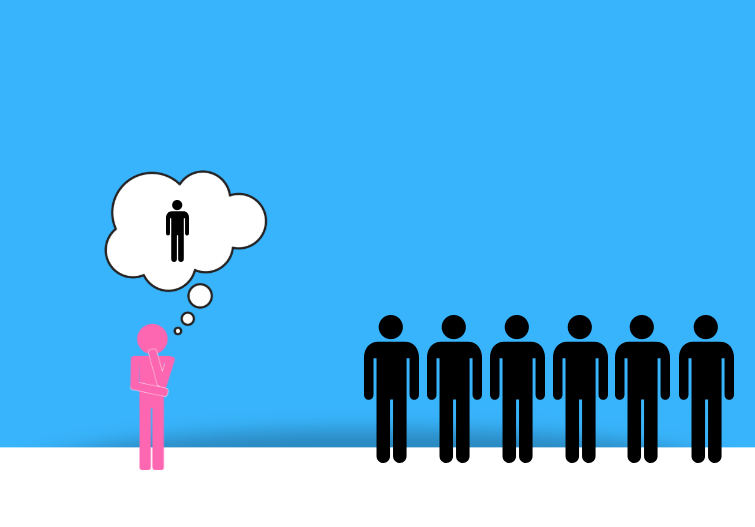 This means that as marketers, entrepreneurs and business owners, we must attempt to affect SOCIAL IDENTITY in order to capitalise on the free-spending approach of those who have a newly found self identity.

As strong as our self identities are, we can shift from one to another in the blink of an eye.

Imagine you’re in a bar with a group of friends. There’s a jukebox in the corner and everyone’s having a go at putting their favourite disco tunes on.

It falls to you to choose some music, what do you do?

The chances are that you’d choose a disco tune. This is because you’re choices (at that time) are directed by your social-identity, in this case, your group of friends who all love disco music.

That all might sound very circumstantial (and it is), but it’s the perfect example of how our different self identities are set-off by external triggers.

In a circumstance like this, we probably wouldn’t even consider putting our favourite song on because it would be totally against the group’s social identity.

It’s this moment, when people find complete self identity in a social group, that marketers and business owners must discover and amplify…

…because if we’re able to shift somebody’s self identity, we can create powerful buying personas, like that of Dave in the earlier example.

Our aim should be to identify the correct moment and provide our product/services to these newly self identifying characters, so they can reinforce their love with our representative products.

I stumbled on this trigger whilst reading Pre-suasion, by Dr. Robert Cialdini, and although he doesn’t talk about its uses in terms of self identity, it is one of the most powerful ways to trigger desired feelings.

Chuting (AKA chuted questions) are targeted questions that change a person’s perspectives. In his book, Cialdini cites a study performed by communication scientist San Bolkan and Peter Andersen.

The scientists stood in the middle of a busy shopping centre, clipboard-in-hand, aiming to get as many people to complete their survey as possible. Now, as most of you know, people don’t want to stop, some of us will even walk on the other side of the road just to avoid being asked.

The same thing happened in their study, with only 29% of people stopping to participate in their survey.

But these scientists had a trick up their sleeve. Instead of asking people to complete their survey, they asked, “Do you consider yourself a helpful person?”

When stumped with a question like this, we immediately search our memory for times when we’ve been helpful and begin to self identify ourselves as helpful citizens. 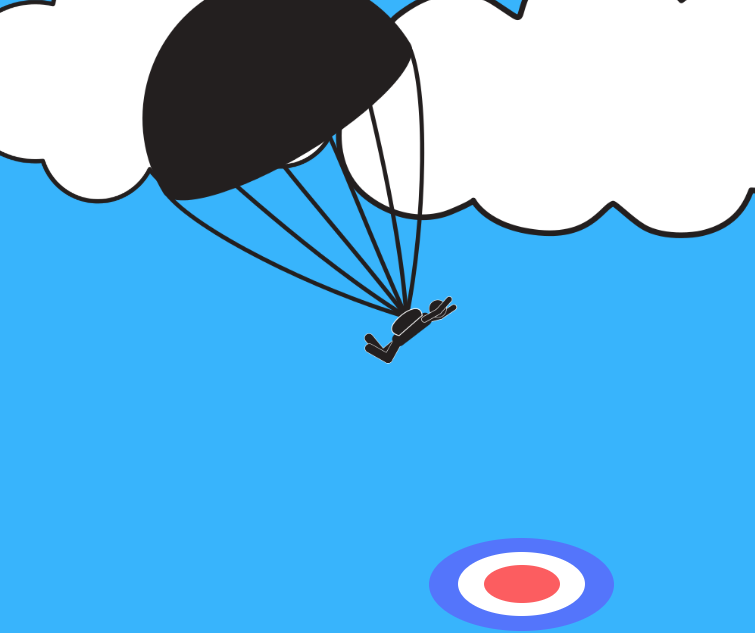 The scientists followed this question with a request to complete the survey. This time 77% of people volunteered.

On the second attempt, the scientists were much more successful because they’d asked a self identifying trigger. The people who remembered a time when they were helpful, immediately associated with a do-gooders social group, and were happy to take part.

The same can be done in marketing. Think about a trigger that would work for your product. What kind of mentality would influence somebody to make a buying decision? How can you use chuted questions to create it? And when is the best time to ask one?

When somebody is eager to show-off their entry into a social group, they tend to buy products that best reflect it.

Their newly found self identity pushes them to buy products that aren’t any better than others, but are better representations of it. When a brand is successful at demonstrating clear self identity for their customers, they are able to increase prices, without seeing a drop in demand (low price-sensitivity).

For example, somebody who has recently entered the world of motorbikes, might want to show off their entry into this social-group by purchasing a Harley Davidson. This brand, whilst more expensive than others, is more than just a motorcycle manufacturer to its customers, it’s a lifestyle symbol. 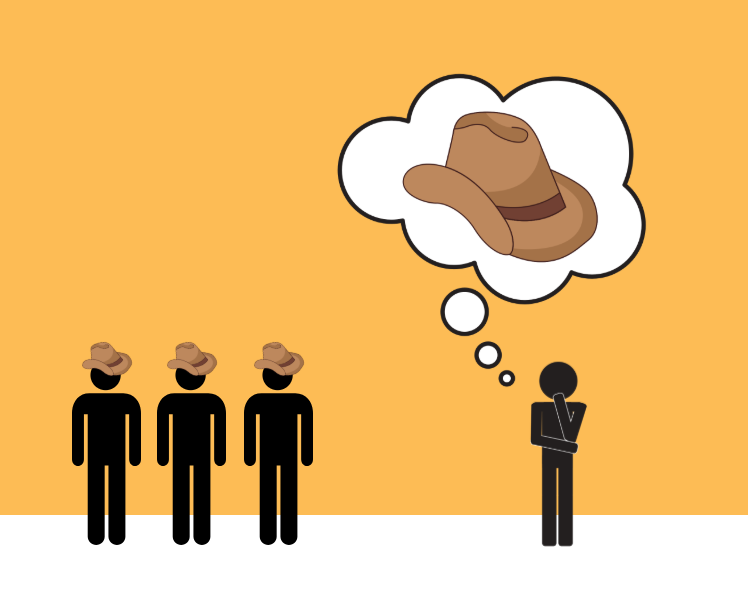 Another great example is the Toyota Prius. This vehicle dominates the hybrid car market. It’s not for lack of choices, in fact, it’s choice that makes the Prius stronger.

Being seen as environmentally conscious and eco-friendly is a social-identity that many take pride in. This means they’re less concerned about price, and more focussed on how to reinforce this self identity.

The Prius has been able to capitalise on this growing social group, by offering their car as JUST a hybrid. Other manufacturers of eco-friendly cars have struggled to compete because their vehicles are not a clear representative of the social group. For instance, Honda released a hybrid version of their Civic, but nobody would know that it’s a hybrid unless they search for the tiny badge on the back.

The Prius only comes as a Hybrid, and this makes it instantly recognisable as an eco-friendly car. In fact, it’s become so synonymous with environmental issues, that even the name triggers social feelings.

As businesses, entrepreneurs and marketers it’s important to keep a constant eye on trends, and anticipate growing social groups. If you’ve found a market that you know will grow, develop your brand (and products) to represent its social-identity. And don’t hedge your bets, do as the Prius did.

Communication that represents a social-identity can trigger our desired buying personas. This can make brands with broad appeal, focus in on specific social groups, and increase their average customer value (ACV).

In other words, reframing your marketing messages can massively increase your ability to hit the self identity sweet spot.

For example, instead of being a Bicycle Shop, you can reframe your marketing communications to tap into eco-friendly groups, extreme sports enthusiasts or ‘freedom chasers’. 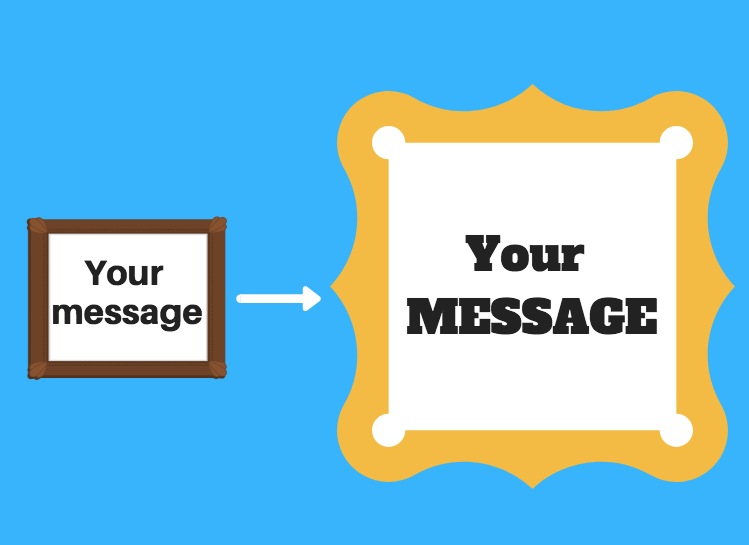 It’s important to remember the Prius example before implementing a marketing reframe. Only one will work. Too many social triggers will dilute your appearance as a social representative.

Consider the demographics of your customers, your customer avatar, your product/services greatest strengths and a social group that can tie in with your brand and reframe your messages to fit.

Creating a brand that allows people to show off their new self identity is a great way of reducing price sensitivity, increasing average customer value and growing a loyal group of return customers.

If you’re able to tap into a social-group, your product will be seen as more of a lifestyle choice, than a buying decision. This demonstrates a strong stride towards long-term success as a business that retains customers.

What do you think of self identity? Have you ever used any of these techniques? Share your thoughts with our audience!

If you’d like to learn more about psychology in marketing check out our article about the Zeigarnik Effect. 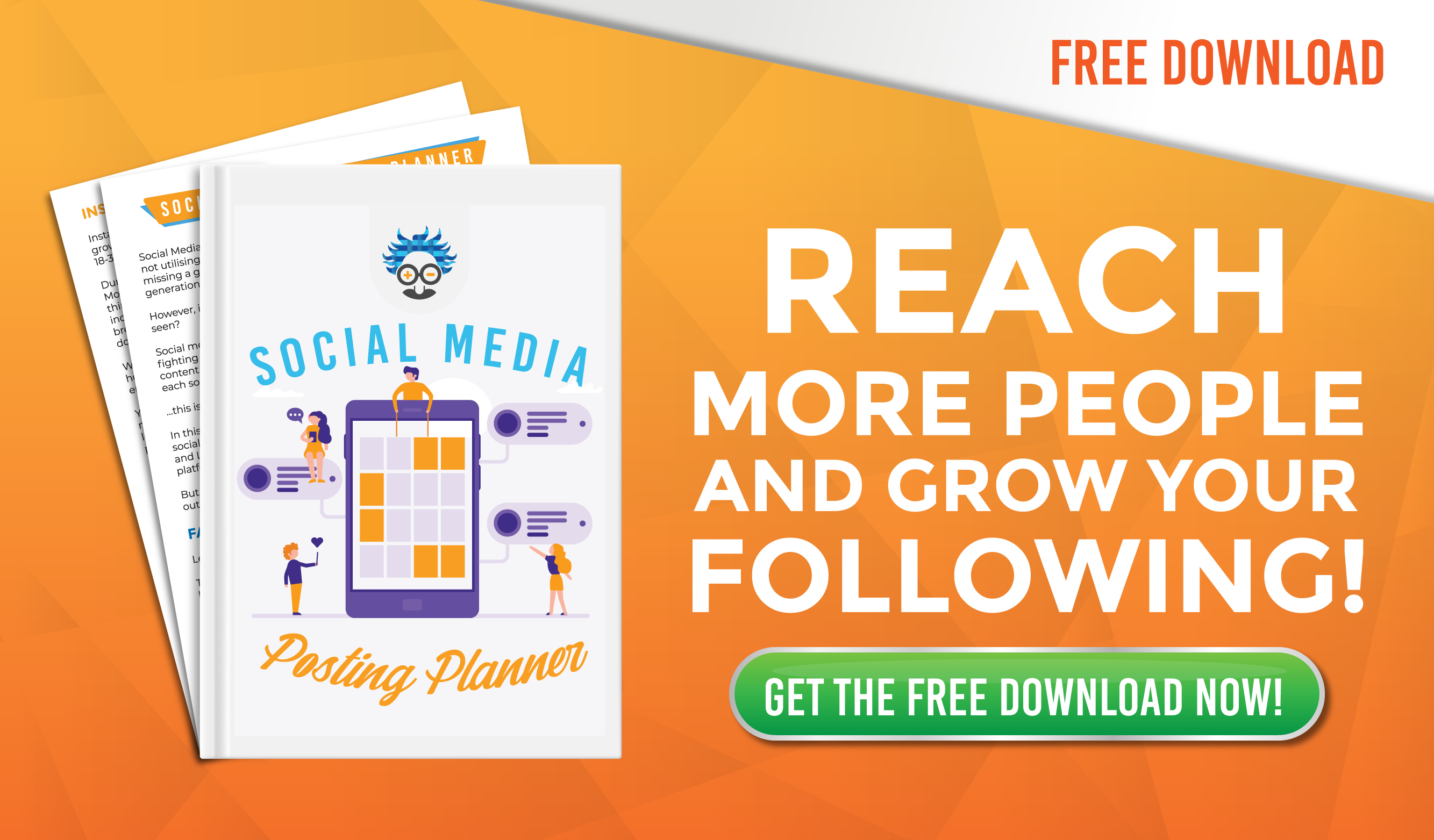 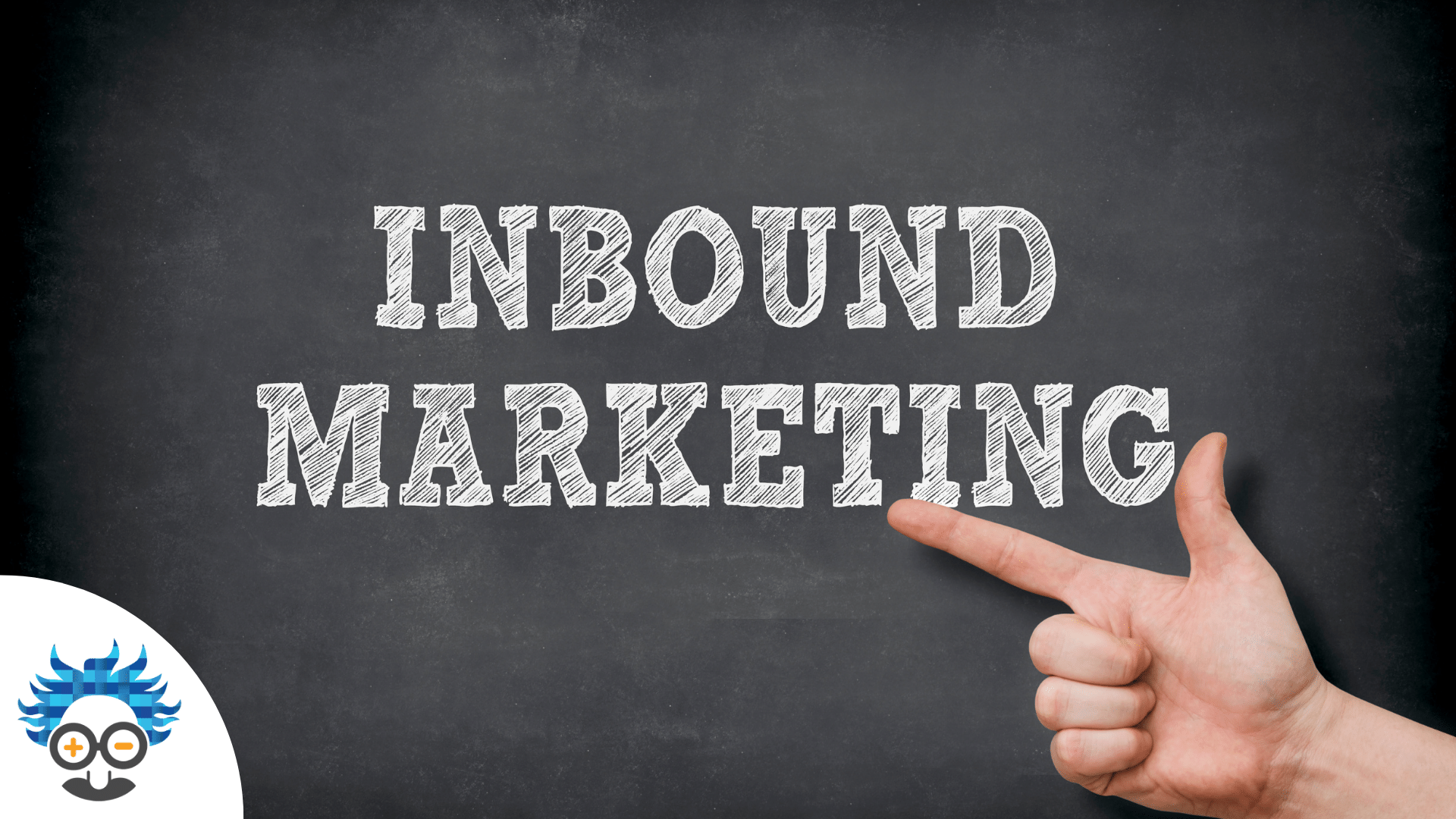 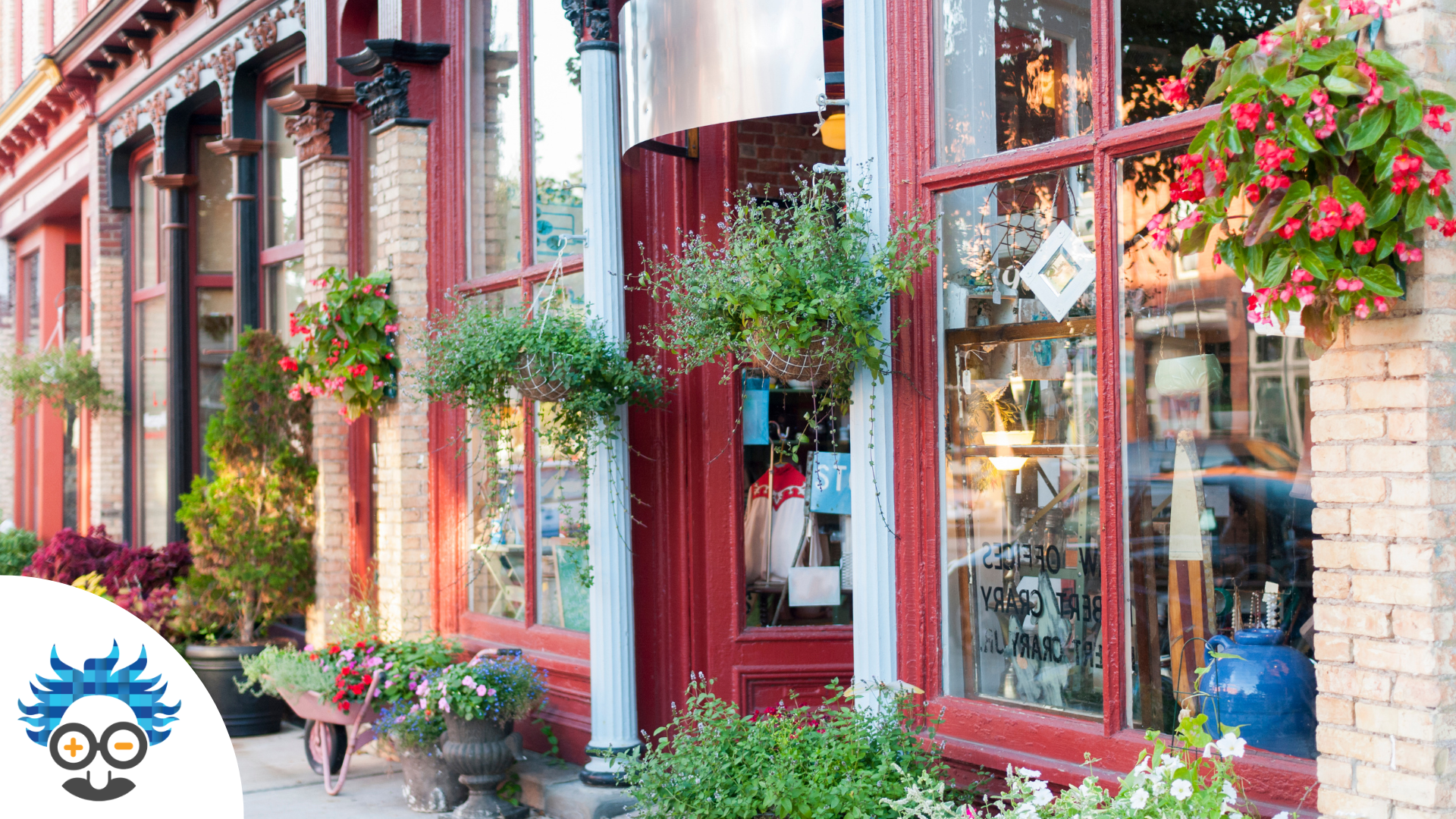 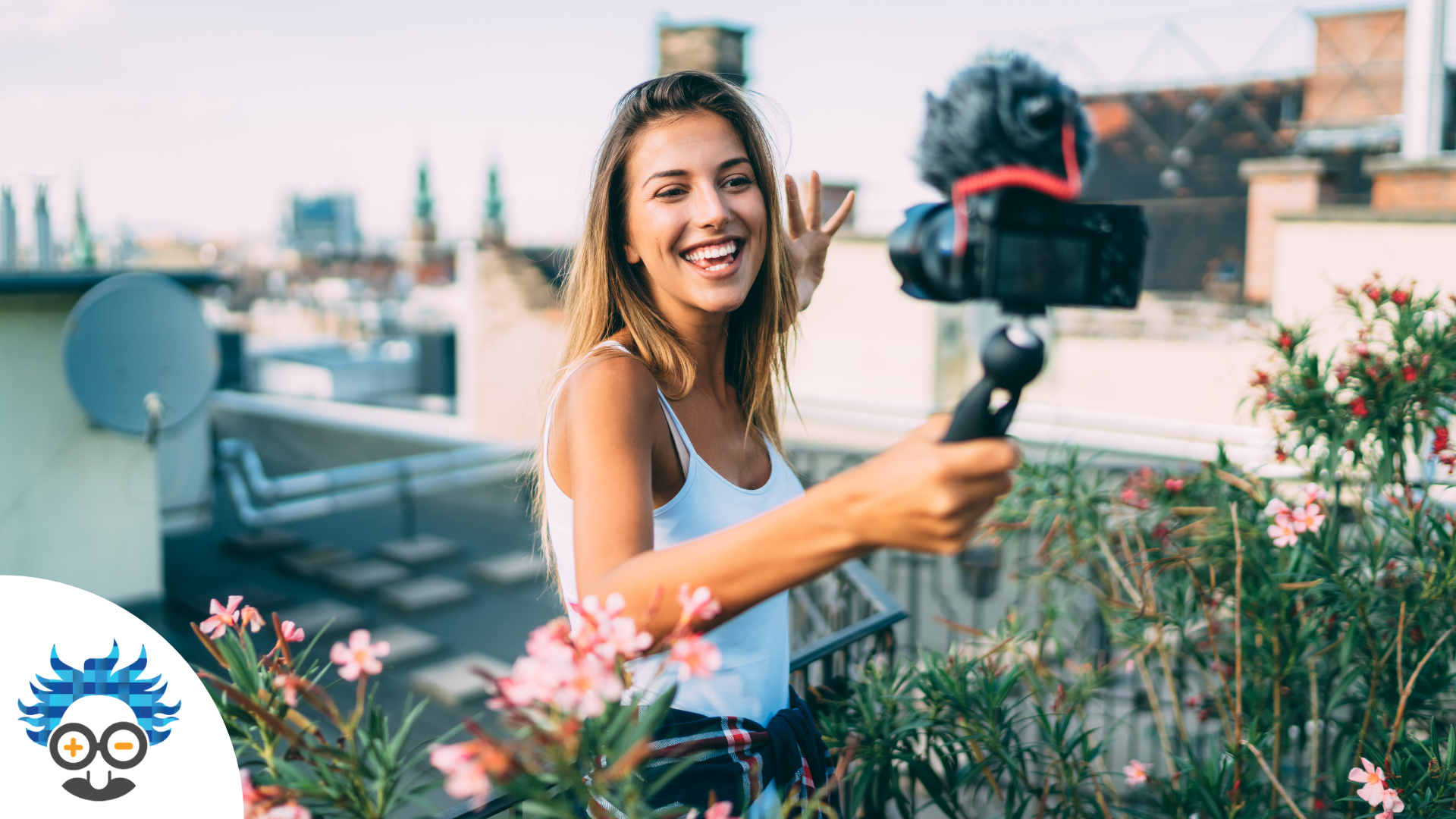