I’ve shared a lot of tactics for setting up and optimising the performance of your Facebook ads.

From installing the pixel to building targeted audiences, creating awesome ad copy and explaining every single Facebook ad campaign objective in-depth, we’ve been through a lot.

But I’ve never explained what you should do when everything goes your way.

If you’ve hit upon an ad formula that’s generating results, you’re going to want to scale it up.

In this guide, I’m going to keep things simple, by sharing 2 ad scaling strategies that anybody can perform.

Before We Get Going…

A successful Facebook ad campaign is not necessarily measured in conversions, it’s measured in terms of your advertising aims.

For example, if you’re trying to build an audience and you’ve found a ‘page likes’ campaign that’s converting new page followers for a low price…

…the following Facebook ad scaling tactics are the place to start building on your success.

BTW: This article was written for people who are managing their own Facebook ad campaigns. Not outsourced agencies (like us) who are able to employ (and test) more technical scaling strategies.

If you’re managing your own campaigns or are fairly new to Facebook ads (and are a self-confessed amateur) scaling an ad campaign has its dangers.

For example, if you’re testing out a completely new campaign on £10 per day and have found that it’s generating the best results you’ve ever had at £2 per lead conversion, you might get excited and feel the temptation to up your budget to £100 per day.

And by scaling up your budget by 10x, you’d expect your results to jump up with it, right?

And although my example (above) is on a fairly low budget, the same holds true for campaigns that start by testing on much larger figures.

Why Can’t I Just Increase My Facebook Ad Budget?

There can be multiple reasons for this, the Facebook ad algorithm can be completely destabilised by large budget jumps, your ad may have already reached its peak performance, or your FB audience might be too small to return on a larger budget – to name a few.

Whatever the reason, a jump in the budget can completely destroy your ROI, generating very similar results on very different budgets.

The difference in ROI can be enormous when scaling Facebook ads too quickly or without due care.

You must give Facebook’s advertising algorithm the opportunity to learn more about your ads (and who converts on them), and yourself more time to analyse how they’re performing.

If you bought a scratch card and it won, you wouldn’t instantly buy 100 more expecting them all to win, would you?

The great thing about Facebook ads is that there simply is no such thing as a ‘perfect campaign’.

Even though you might think you’re onto a winner, that doesn’t mean your ad’s performance will hold out for a prolonged period of time.

Before you’re ready to scale, make sure you’ve tested the core elements of your FB ad campaigns.

Things like your ad creative, ad copy and audience targeting should be split tested until you’ve got as close to ‘perfect’ as possible.

I have seen a lot of articles recently (one in particular) that talk about Facebook ad scaling techniques, but half of the tactics are focussed on regular split-testing.

Scaling a winning campaign and split-testing your original campaign are two different things.

What does scaling an ad campaign mean?

Scaling an ad campaign means finding a way to spend more money on a campaign, whilst generating a return at the same level that it was at on the smaller budget.

What does split-testing an ad campaign mean?

Split-testing an ad campaign means testing one element of the campaign in two different ways in order to find a winner. For example, using 2 different video creatives for your ads to discover which one converts best.

^^Understanding the difference between these two elements will help you understand where you are in your Facebook advertising journey.^^^

Split-test first, then scale. It’ll save you money (and hopefully earn you a lot more) in the long run.

Facebook’s ad algorithm is a computer program, you need to give the AI time to test and learn (at least 3-5 days) before you know you’ve got a winner on your hands.

This is undoubtedly the easiest and most straightforward Facebook ad scaling technique, so it’s a pretty good place to start.

In order to follow this tactic successfully, you must live by one very strict Facebook ad scaling rule:

If you’re going to scale up a winning Facebook ad campaign with vertical scaling, you must remain patient.

Vertical scaling requires budget increases in slow increments – that means a slow, gradual increase in your campaign budget over time.

For this tactic to work, you’re going to need to resist the urge to spend too much, too quickly, that means ticking both of these scaling rules:

Yes, patience is required, but this is the best way to gradually build up your spending on an already winning campaign without destabilising the algorithm (too much) or tanking your ROI.

As you can see, the increases are made incrementally as a percentage of the existing daily budgets.

And they should only be made if the campaigns continue to provide positive results at scale.

As I’ve already explained, this is the most straightforward way to scale your ad campaign.

If you’re not very confident or you’re fairly new to managing ads, start here – you’ll learn a lot more about your campaigns, in addition to a basic tactic that all Facebook advertisers should have under their belt.

The other way to scale your Facebook ads is with the horizontal scaling technique.

This (like vertical scaling) is also insanely simple provided that you don’t over-complicate it.

Walk before you can run, especially when your hard-earned money is on the line.

The great thing about the horizontal scaling technique is that you can immediately increase your Facebook ad spend to any level that you’d like.

In order for you to do this, you’re going to need to duplicate your ad campaigns.

BTW: Duplicating simply means ‘cloning’ or ‘copying’ your campaign exactly as it is.

By duplicating a campaign, you create a new campaign that is identical to the original, whilst leaving your other campaign running.

This means that your original winning campaign can continue to generate the results that it’s proven to bag you – whilst you work on improving its identical twin.

And you can duplicate the campaign as many times as possible (allowing for infinite possibilities and scaling options).

The only problem with duplicating a campaign (especially if you’re using a small audience) is that you’re effectively competing with yourself, which could result in some problems for both your original (winning) campaign and your new one.

In order to prevent this from happening, you need to make one simple alteration – change or edit your audience.

In other words, to horizontally scale, you must copy every single element of your original ad (because you know it works) and show it to a different group of people.

How you do this depends on the type of Facebook audience that your original ad is using.

Here are a few ideas for each Facebook audience:

Horizontal Scaling with An Interest-Based Audience

An interest-based audience is an audience built on Facebook’s knowledge of its users. By using this type of audience, you can target people by measures such as their location, demographics (age, gender, language), interest, behaviours and connections.

Horizontal Scaling with A Custom Audience 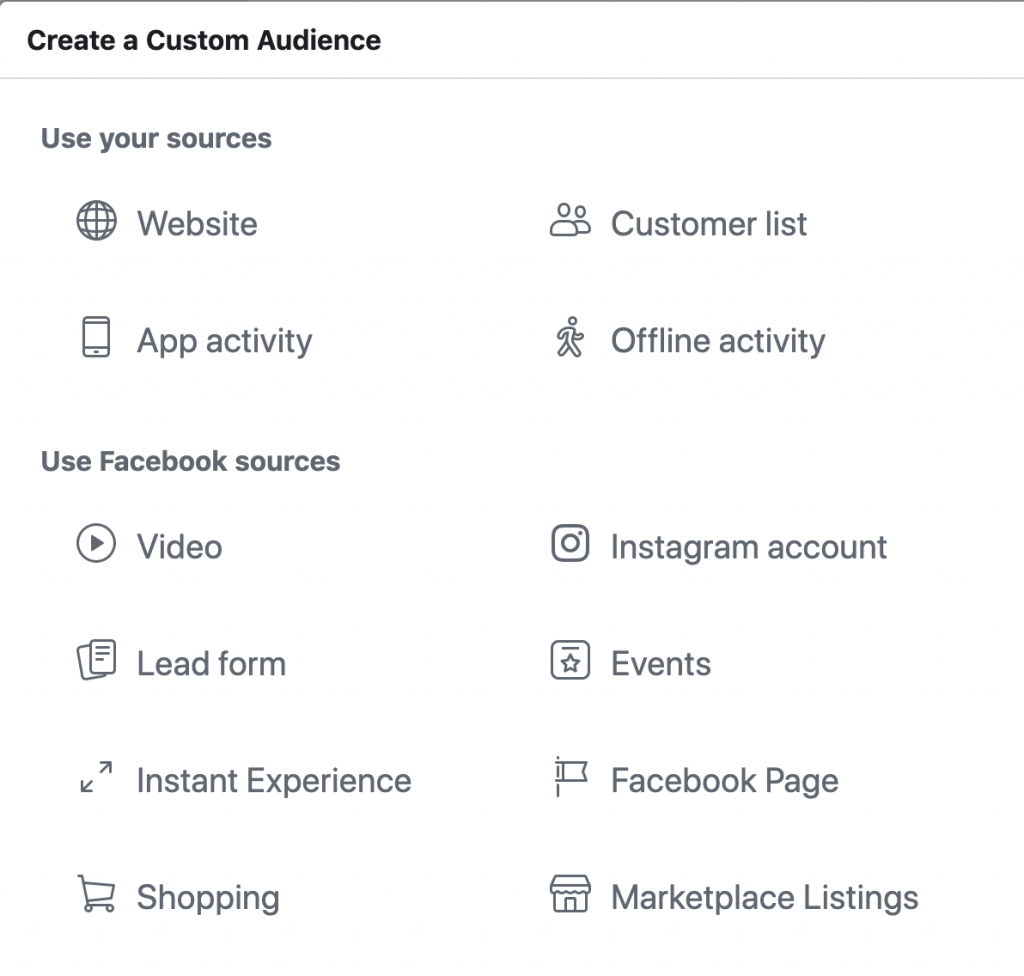 A custom audience is an audience based on the use of your owned sources or those on Facebook. Your owned sources for this audience can include your website data (tracked by a Facebook pixel), an existing customer list or App activity.

Facebook’s sources for a custom audience can include an Instagram account, video posts (uploaded onto their channel) or a user’s interactions with a lead form.

By using a custom audience, you can not only create audiences based on their actions, behaviours and interactions online – allowing for retargeting.

If you’re not already using Custom Audiences, I strongly recommend that you learn how to build out some basic audience-building tactics.

Instantly multiply new Facebook audiences by creating lookalikes of your existing custom audiences. This is the quickest way of scaling up a winning campaign that’s targeting a custom audience.

BTW: See the description of lookalike audiences (below) to understand more about this audience type.

Horizontal Scaling with A Lookalikes Audience 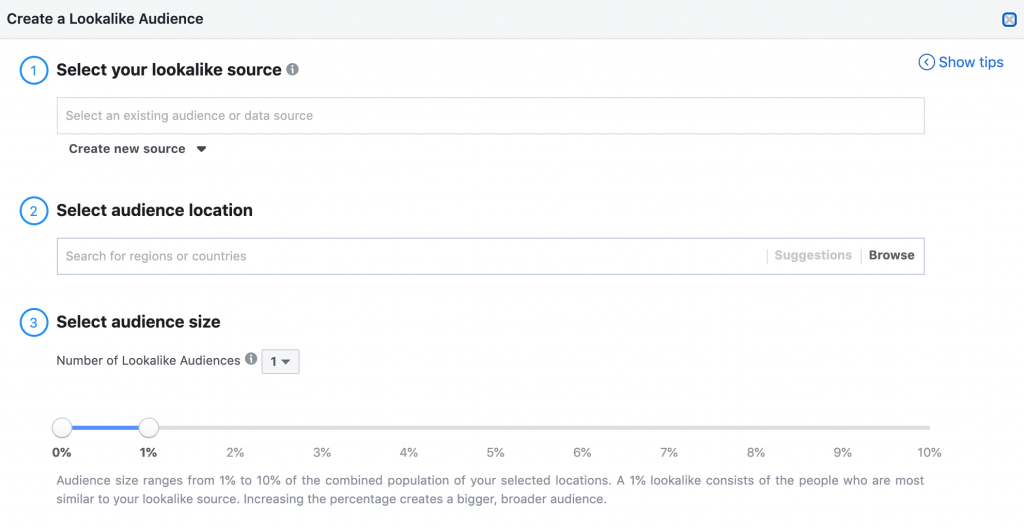 A lookalike audience is an audience that is made up of Facebook profiles that have similar behaviours, interests and/or demographics as one of your existing audiences.

For example, if you have an existing ‘custom audience’ based on ‘website visitors’, you can ask Facebook to create an audience of people who are similar to these people (but not the same). This audience is a lookalike of your existing custom audience.

Lookalikes are a fast, and highly efficient way of scaling up campaigns, as well as increasing the value of your ad account (in general).

Facebook allow advertisers to create lookalikes at a sliding scale of 1-10% matches of the existing audience.

You might expect me to say that 1% matches are the most targeted and powerful type of lookalike audiences, but you’d be wrong.

The truth is, every campaign and audience is different, and that’s why you should try horizontally scaling up your Facebook campaigns with a variety of lookalike audience matches.

If you set up a Facebook advertising campaign, then you’re able to scale up your campaign.

These are the two most basic and simple scaling tactics, so it’s important that you learn and understand how they work.

Once you’ve got these tactics under your belt, you can elevate your game to more complex techniques, but without this basic understanding of scaling, you’re going to struggle to get to the next level.

And don’t worry if you’re not quite there yet, discover how to build out a winning (and scalable) Facebook campaign by using one of our (super-easy to understand) guides: 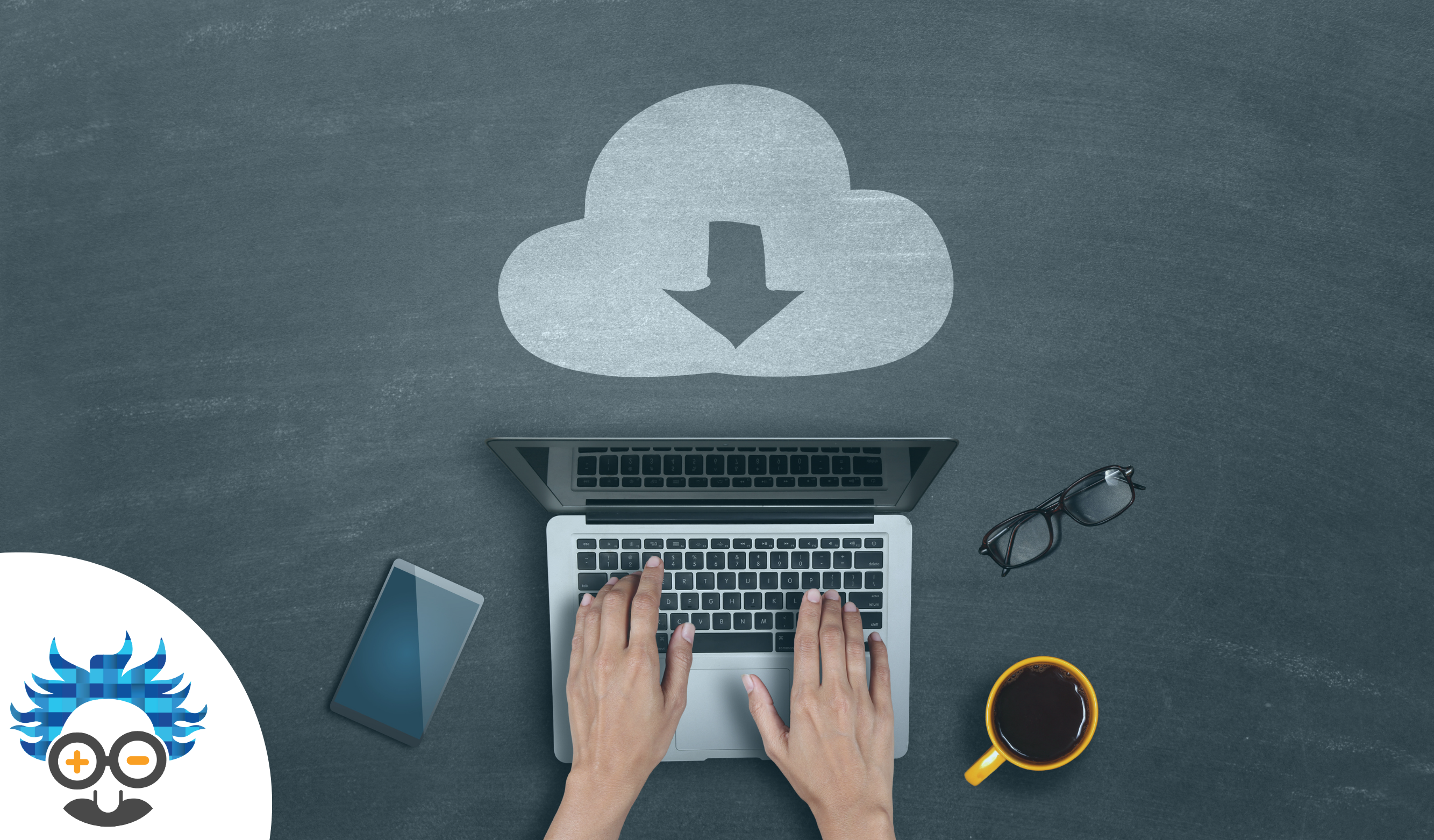 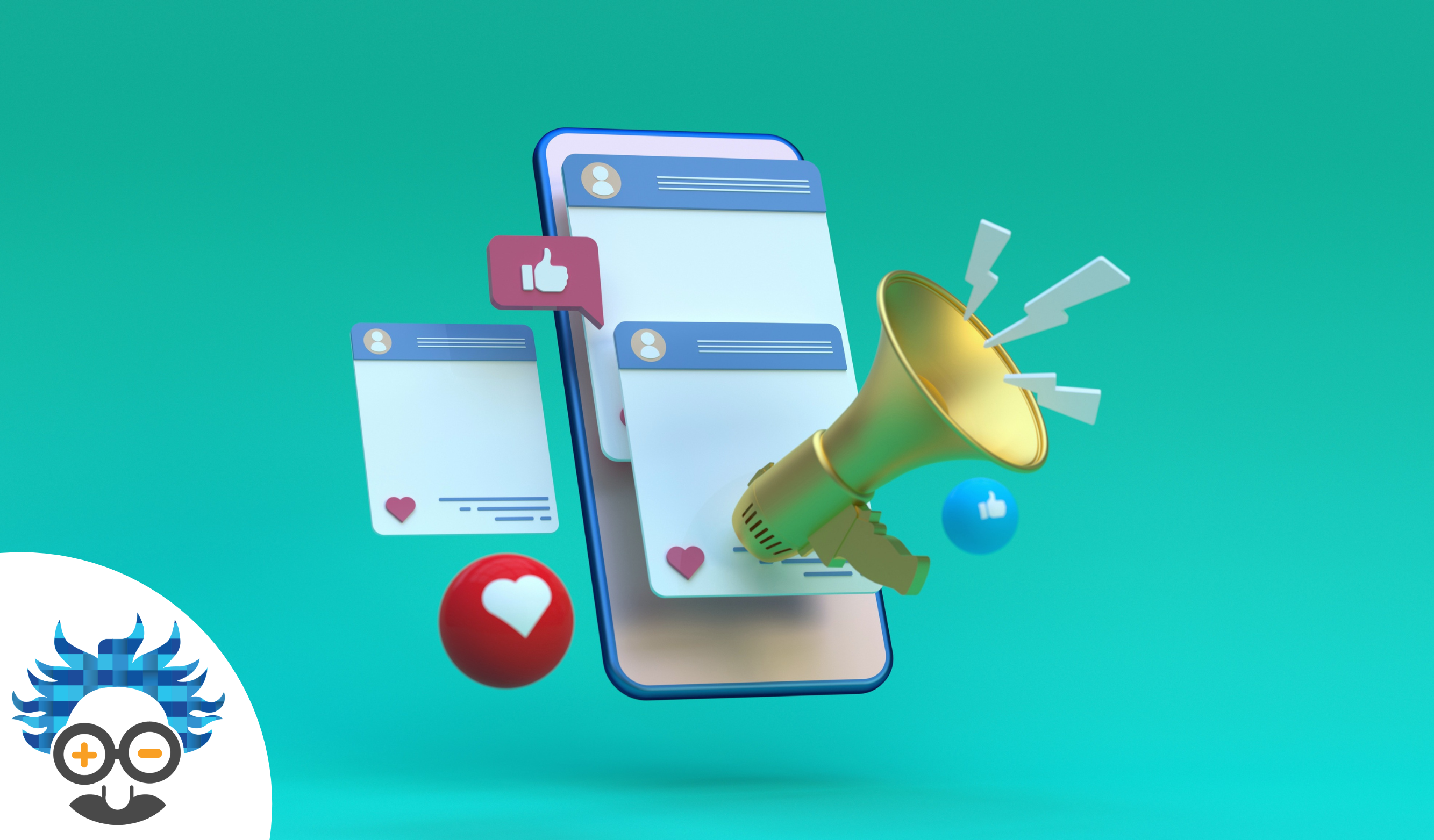 The Social Media Content Creator Guide: 10 Tactics To Save Time and Engage 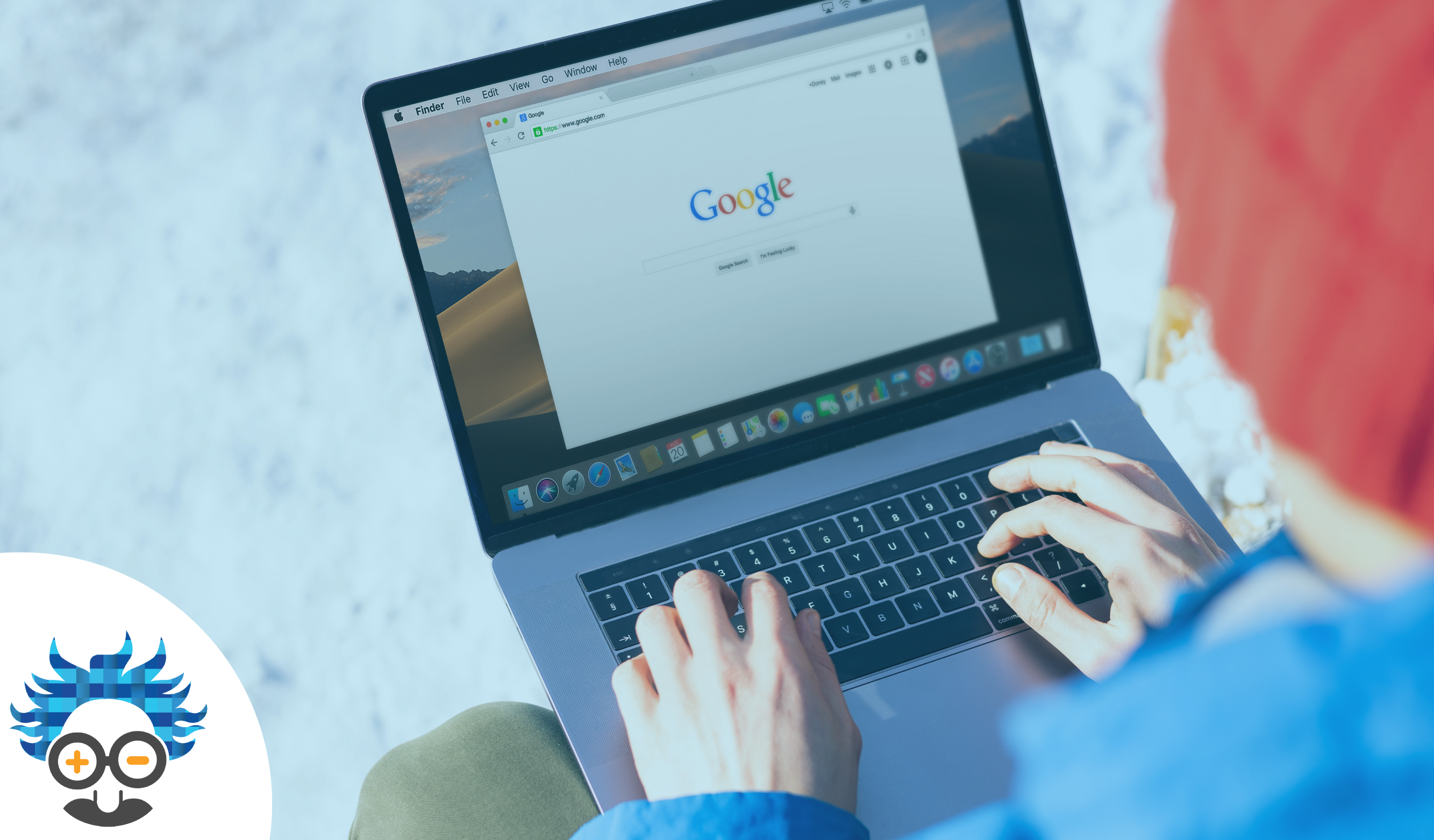