How to Successfully Market to Diverse Audiences

Marketers and business owners know just how hard it is to acquire and maintain a solid customer base.

Business owners can tweak their marketing strategies to attract the demographic base that they need to be profitable and hit their goals.

This can benefit owners of both large and small businesses, who can customise their websites and solicit feedback and reviews on social media from a targeted demographic.

While you want to stay away from stereotypes, there are some basic characteristics and responses many members of each generation have in common.

Your youngest target audience is Gen Z, those born roughly from 1997 to 2010.

There is some disagreement among experts about the exact years that designate generations, but the variations are all within a few years of each other.

This population is still in school and are practically glued to their phones 24/7. Marketing to this generation means meeting them where they’re at, on a mobile device, where they are consuming a wide array of media for six to nine hours a day.

To capture the market for this generation, apps and social media are the best tools to grab their attention.

With the ability to get information instantaneously, Gen Z consumers have short attention spans. They want to learn about a product or service quickly and then make a snap decision. This means marketers need to communicate their message succinctly and make an immediate impact.

The best tools to capture the attention of Gen Z are mobile apps and social media! 👀📱📣Click To Tweet

Gen Z media company Awesomeness, a subsidiary of Viacom Inc., reports that 75% of Gen-Z teens think Snapchat is the best platform for staying connected and informed. And 71% watch videos over 10 minutes on YouTube rather than traditional TV. In fact, video is one of the prime ways to catch Gen Z’s attention.

Once the youngest generation for marketers, Millenials have all entered adulthood. Many have finished college, have jobs and are raising children.

Born from 1981 to 1996, this is the first generation to adapt to smartphones, and now more than 95% use them in their daily lives. Their go-to platform is social media, with 80% using those channels.

According to media data company Comscore, Amazon is the most popular app for Millennials, with 35% of this generation using it. Thirty percent use Gmail and nearly as many are on Facebook.

Millennials want to have greater control over their purchasing options. Personalisation is key, such as with Nike, which allows customers to design the colour combinations of their shoes, or like Burberry’s who offers a customisable scarf bar, which similarly lets buyers create their own accessory.

Although they are always connected, Millennials are beginning to embrace the nostalgic feel of print. So don’t write off paper marketing campaigns completely.

Just as surprising, is that more than half of these digital natives say they look forward to receiving print catalogues. Part of the appeal is the tactile experience.

Of course, a print marketing campaign can be exponentially more expensive than a quick digital ad, so small businesses might want to explore this avenue slowly. This could mean sending small print pieces to a subset of a population. If the response is good, expand to a larger catalogue to a larger number of addresses.

Smaller than the generation of Millennials before them and the Boomers after, Gen X is sandwiched in between, and approaching or firmly in middle age.

This generation, born between 1964 and 1979, takes its name from a novel by Douglas Coupland, “Generation X: Tales for an Accelerated Culture,” which was published in 1991. 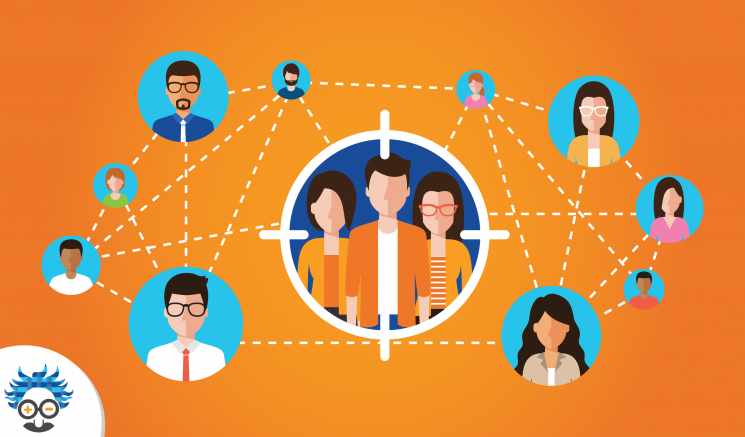 Sometimes referred to as the lost generation, Gen X was the first to have a large number of children raised by divorced parents.

They entered the workforce during the crash of 2008 and the Great recession, which deeply impacted their view of the financial world. Due in part to these factors, members of this generation are often skeptical of efforts to persuade them, and marketers need to approach them with authenticity.

When they’re online, they are most often purposely seeking information rather than entertainment, unlike younger generations. And despite their rocky financial start, they generally have higher spending power than Gen Z and Millennials.

But like the younger generations, Gen X members are more likely to use smartphones to get online than desktop or laptop computers. According to the Global Web Index Audience Report, Gen X spends about two-and-one-half hours on their phones each day, with about two-thirds of that time on social media.

Boomers may be retiring, but they still have the most purchasing power of any generation. Those born in the boom following World War II are members of the generation that spans from 1946 to 1964.

While they may have been slower to adapt to technology, Boomers have embraced the digital age. More than 65% use smartphones and 55% have tablets, according to eMarketer. More than half have used retail apps to research a purchase, while 50% have bought products and services through an app.

Facebook is the preferred social media platform for this generation, as Boomers reconnect with old friends and share family photos. Marketers can reach a large segment of boomers by targeting ads there.

It’s important to make the format of any marketing campaign, whether in print or online, visually clear for boomers to accommodate eyesight that may not be as acute as it once was.

This means using larger size fonts, high contrast with dark type on a light background, and larger button sizes on apps and websites.

Though it may be more comfortable and convenient for business owners, both small and large alike, to reach out to a large bank of diverse audiences, it is evident that marketing is not a one-size-fits-all pursuit.

Gen Z, Millennials, Gen X, and Baby Boomers share common traits with their peers that are important indicators of value and preferred communication.

Just like how a member of Gen Z is more inclined to visual messaging through Instagram or Snapchat, a Baby boomer is more likely to connect through Facebook. In a similar fashion, the nostalgia of print is on the rise for Millennials today, while Gen Z receives nearly all their information intake on their mobile devices.

In this way, the best action for marketers and business owners to grow a big customer base is to first think small and take the time to understand different demographics.

Want more? Check out one of most popular marketing guides: 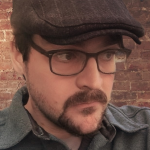 Beau Peters is a creative professional with a lifetime of experience in service and care. As a manager, he's learned a slew of tricks of the trade that he enjoys sharing with others, who have the same passion and dedication that he brings to his work.